Leaving Salamanca we point ourselves toward Portugal. It is ridiculously thrilling to cross a border from one country to another, even if that crossing point is more or less unmarked and barely acknowledged.

Soon enough we begin a steady climb into the Serra da Estrela mountains, the highest in Portugal and home to a national park and the only skiing available in the country. Gradually the roads become narrower and more winding. We are much relieved that we meet no other vehicle and eventually with the altitude at 1500 metres we arrive at Casa Penhas Douradas in Manteigas. It doesn't look especially enticing from outside, a slightly disconnected collection of very red roofed buildings, clearly modern but also very simple architecture. Huts with chutzpah.

We check in and are shown around and given the choice of two rooms. We immediately go back to the car and remonstrate with the sat nav. We explain to it we are clearly in Sweden, what part of take us to Portugal, we ask, did you not understand?

The sat nav says nothing but displays some graphic evidence to support its position. So we happily go back inside and continue to investigate this trendy blonde wood everywhere including the ceilings, walls and furniture boutique hotel, with its mid 20th century chairs and sofas, its collection of ancient skis and ice skates and it's enchanting rugs and tapestries and wall coverings apparently made of felt, of which more later...

It's mid afternoon and we are invited to help ourselves to coffee and cakes whilst the chef arrives to discuss our requirements for dinner. There is bacalhau (or bacalao in Spanish) the salted dry cod that can be disgusting and despite our reservations we take the risk, and are very glad later as it is delicious because it is prepared in house.

At 1500 metres the snow is still very evident, thick but patchy and as we walk down the winding road to a lake, the spring temperatures have started the melt and water tumbles downhill through gullies and water carved courses to the lake below. Across chiaroscuro mountains we can see Spain perhaps 50 miles away. The air is markedly fresh if a little thin and the uphill takes our breath, a small price to feel so free and cuddled by the natural world.

Dinner there always starts with a cocktail and in the lovely sitting room warmed by the wood burner we sip a sweet something adorned with a giant grape. The dinner that follows is our best meal of our trip, the slightly stodgy but yummy pudding the only misstep. We have a good Brexit moan chat with the English fluent chef, and learn a little of the Portuguese point of view.

We have an overnight in another small city on our way to Lisbon, where we will meet with friends who are flying over for the weekend and despite the indulgent pleasures of where we are, we have to set off again but have a rendezvous at a factory back down the mountain in Mantegais.

The 'felt' so evident in the hotel is in fact Burel, an artisanal and ancient product initially made to keep the shepherds warm and dry. This is made from woven wool that is boiled and shrunk and then pounded and compressed so that weave is no longer visible. It is very strong and water resistant. The owners of the hotel also own the factory, 'exhumed' in 2012 to give back to and help the local community and populated with resurrected cadavers of early and mid 20th century looms.

The factory has two lines the burel and traditional wool weaving. Some of the patterns are traditional but many are modern. What's intriguing, particularly for the burel is that the material has attracted the attention of designers world wide. This rather odd, and on the face of it, not very useful fabric, has been adopted in very clever ways - 3 dimensional wall coverings, handbags and wallets, sculptural furniture covering, duffel type coats, even shoes.

We leave Mantegais climbing back up the mountain even higher than our hotel and thrilled at our lovely stay and interesting factory tour. We expect to again go back down the mountain but instead find ourselves on a mountain plain, still elevated at 1200 metres but almost flat and only very slowly flattening over many miles.

We arrive at Castelo Branco, chosen for no reason other than it is halfway to LIsbon and is said to have some interesting museums. And thus we discover that the Roman sage quoted at the start of this account has never been to this 'Aldershot' of Portugal. We drive around and around looking in vain for some reason to get out of the car and instead retreat to our lackluster hotel, eat a boring vegetable stew of once frozen items and give a wink and a nod at the god of tourism who has balanced our previous highs with our current, thankfully brief, descent into dullsville. We high-tail it on our sturdy bronco (Peugot) out of Castello Branco. 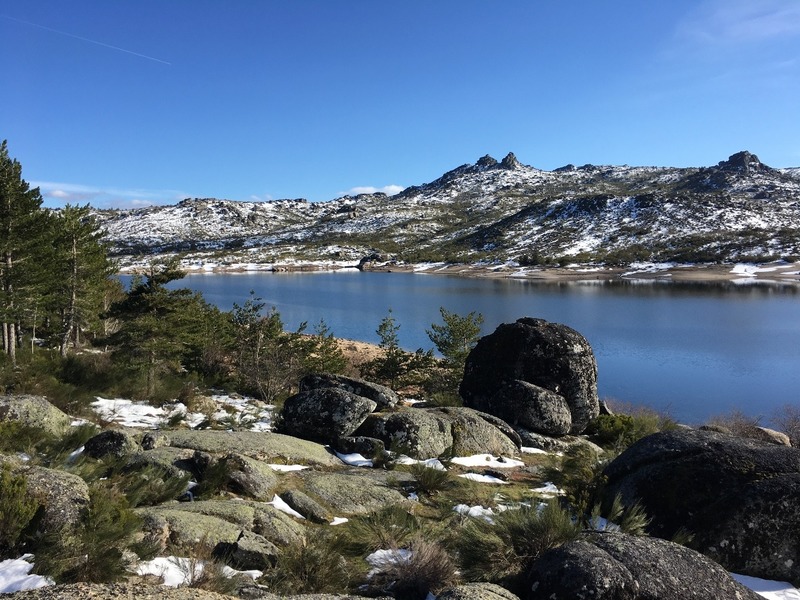 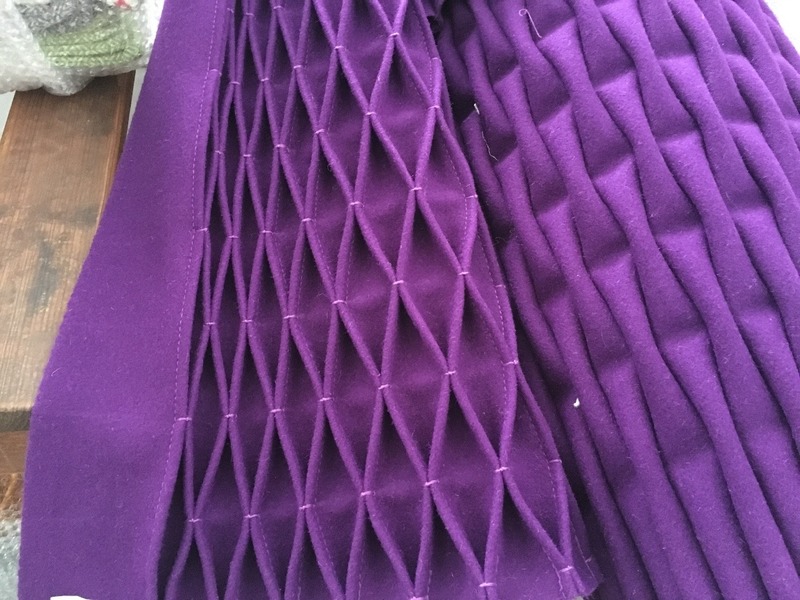 Reversible burel made as wall covering 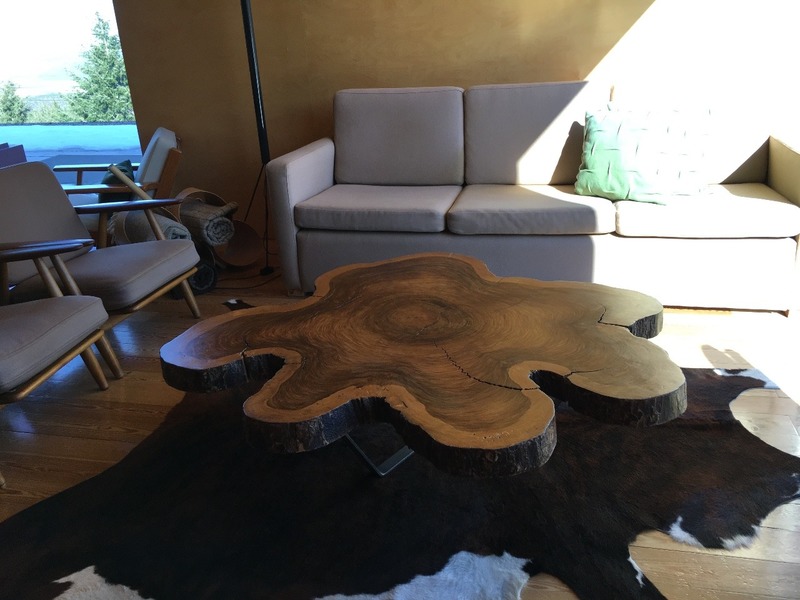 Yew table - what a beauty. 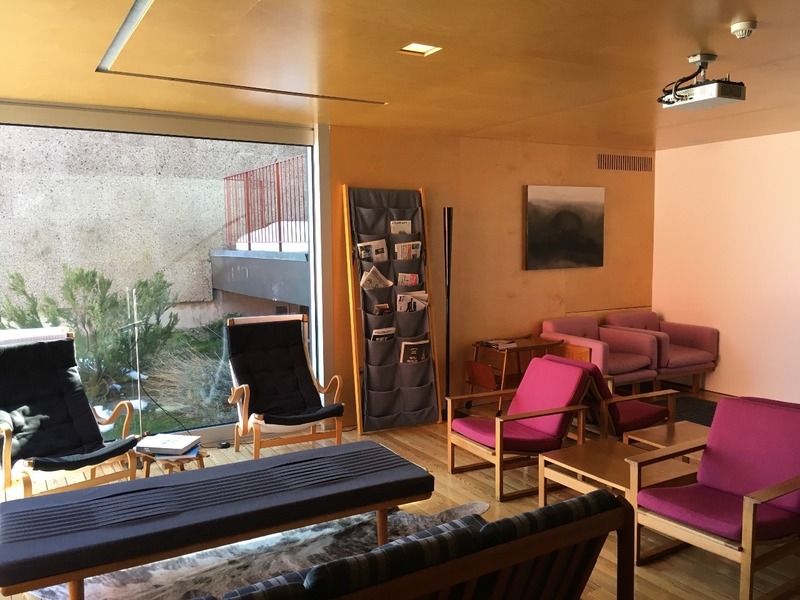 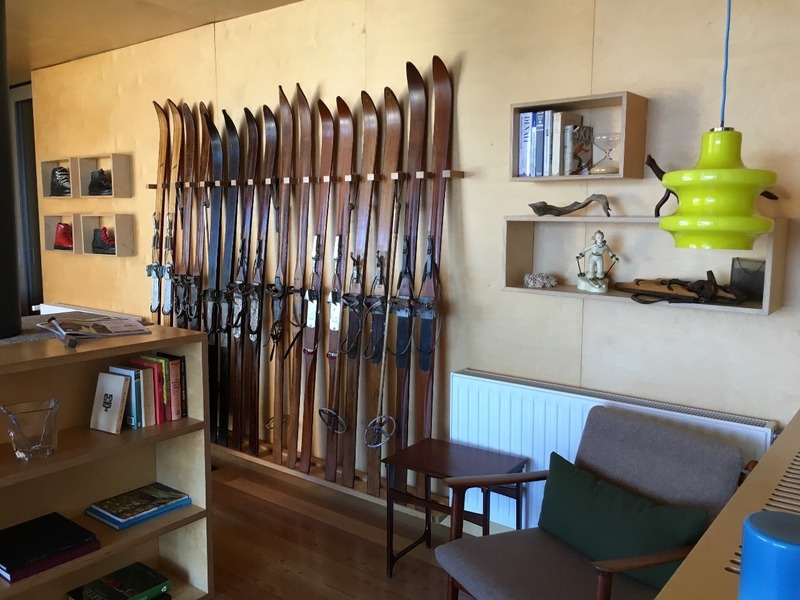 Posted by Jean-and-Tony 17:00 Archived in Portugal

Previous Next Table of contents

This blog requires you to be a logged in member of Travellerspoint to place comments.

If you aren't a member of Travellerspoint yet, you can join for free.