We leave Madrid through surprisingly light Monday morning traffic and are quickly on a pretty drive through low mountains and fertile plains, with higher pine clad snow capped mountains in the distance. It's a two hour drive to Salamanca our next stopover and though we have researched museums and sites we have no expectations.

We are staying in a Parador (a state run hotel chain, usually in ancient buildings) on a hill overlooking the historic centre. But in a break from the usual, it is a modern hotel, though quite stately and clad in corten - deliberately rusted steel - and the rich red tones remind us that wine is waiting for us later. For 10 euros we upgrade our room for a town view. Money well spent we think.

Salamanca is a university city with claims to global significance and the sixth oldest in the world, and dating back to the 11th century. It is particularly known for its language school as the Castilian Spanish spoken in the region is the equivalent of received pronunciation English or Oxford English. It is a stunningly beautiful place, and a UNESCO World Heritage Site . The centre and right up to the more modern parts are all built with a glowing, softly mottled sandstone, sometimes roughly hewn sometimes more polished. Any new buildings, always sensitively designed are sandstone too. It is generally low rise and the monumental buildings soar up from their neighbours, the Cathedral anyway already on the highest ground.

It's a perfect city for walking and our feet are the only complainers as they notch up another five miles. It's a perfect city too for coffee and pastry shops and we are doggedly munching our way through some horrible things, some so bad we have two of them so some other luckless person doesn't have to suffer.

We went to a fabulous museum set in an art nouveau palace, of the small kind (for a palace). It had a very beautiful inner courtyard with an atrium roof of glowing abstract stained glass. There were very good collections of Art Deco glass and ornaments particularly &Eacute;mile Gall&eacute;, a French artist. Plenty of good art nouveau and Deco furniture and paintings and a slightly disturbing and very large collection of dolls, marionettes and clockwork mannequins. One charming and unusual detail is that the town has its own font, a kind of art nouveau style and every building of interest has its name and sometimes other details hand written on it in a rusty colour.

Another city and another cathedral, actually two here as they built a new one right next to the old one. Built of course in sandstone, the style is 'Plateresque' a kind of exotic blend of gothic and Mud&eacute;jar. Plateresque means in the manner of the silversmith and the decorative elements do indeed have that aspect. Apparently when the cathedral was being renovated in the 90's one of the stone masons carved an astronaut into a new section, as well as faun eating an ice-cream, though I confess we missed this detail.

The university has buildings all over the city and we walk around oasis cloisters glad that after some very chilly days in Madrid we can bask in some warming sunshine. We take our lunch in a busy pedestrianised street enjoying a veggie paella and thirst quenching cerveza.

After five cities an inevitable list is forming. We don't set out to make a list but as we experience the difference between one place and another our emotional responses begin to coalesce into preferences. Despite being irresistibly drawn to the large and capital cities, twice now we have felt most at home in the smaller more intimate ones where the scale horizontally and vertically is much more welcoming. Salamanca is winning the city competition right now, partly because it is so lovingly restored and maintained, partly because it is so very beautiful to look at, and partly because it has an interesting intimacy. And pastries.

For now though we have done with Spain and on our last night in Salamanca we enjoyed a very fine meal in a local restaurant which knocked the pants off the restaurant in the Parador. Tomorrow we cross into Portugal and are staying in a national park and intend to do very little except hug trees and sit still, ideally in the sunshine. We have walked more than 50 miles in the past few days and need some down time. Scary update... may only be 14 degrees up on the mountains... 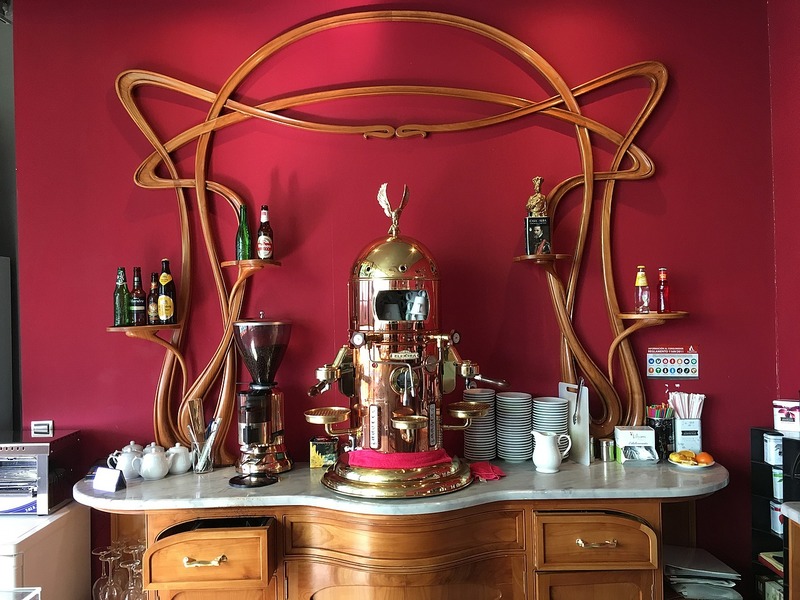 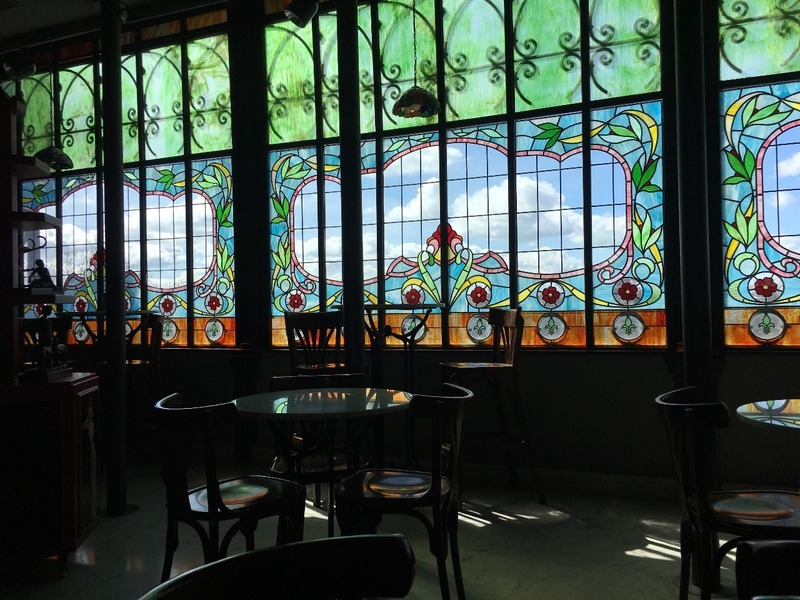 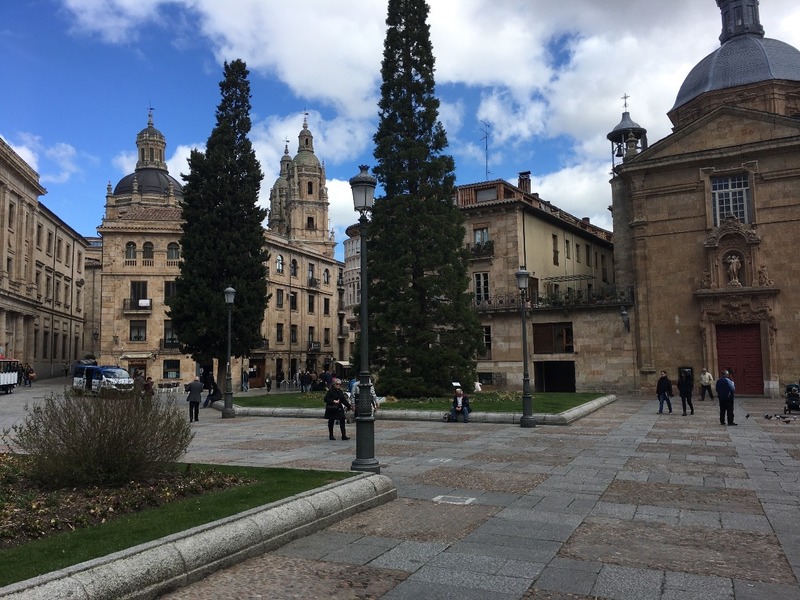 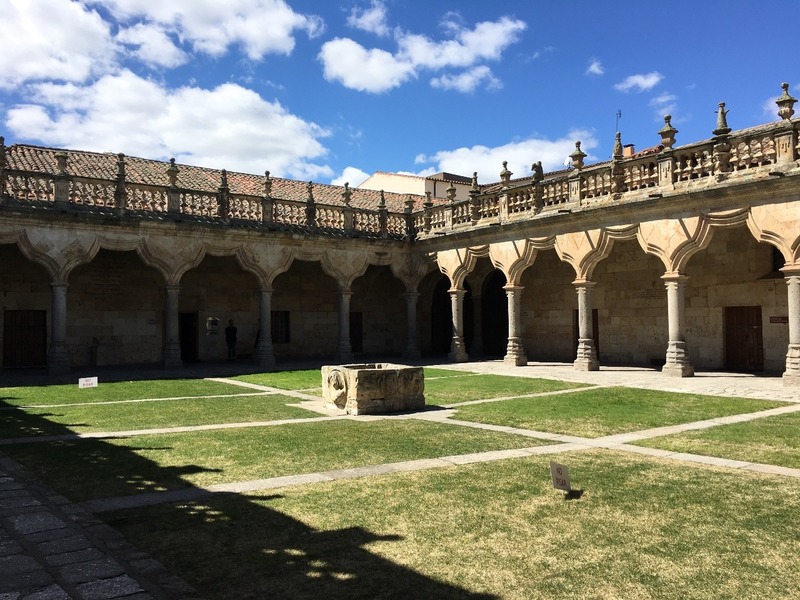 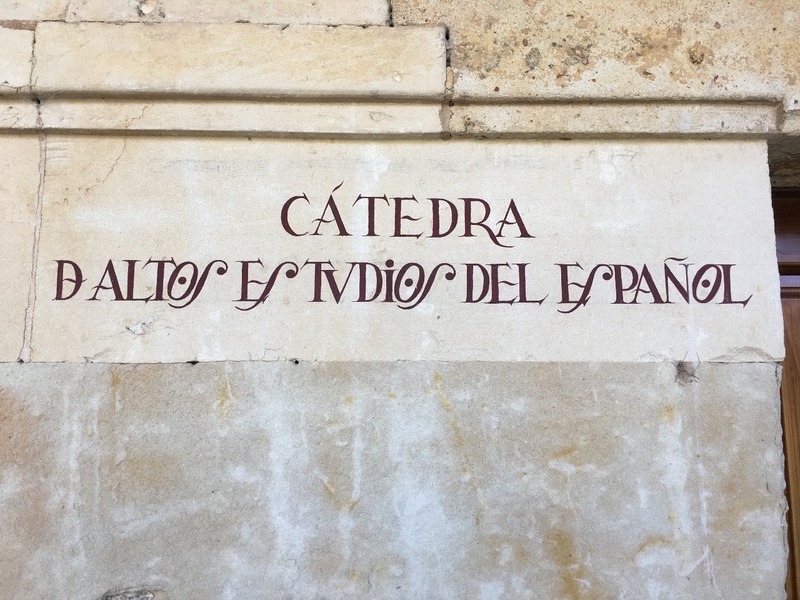 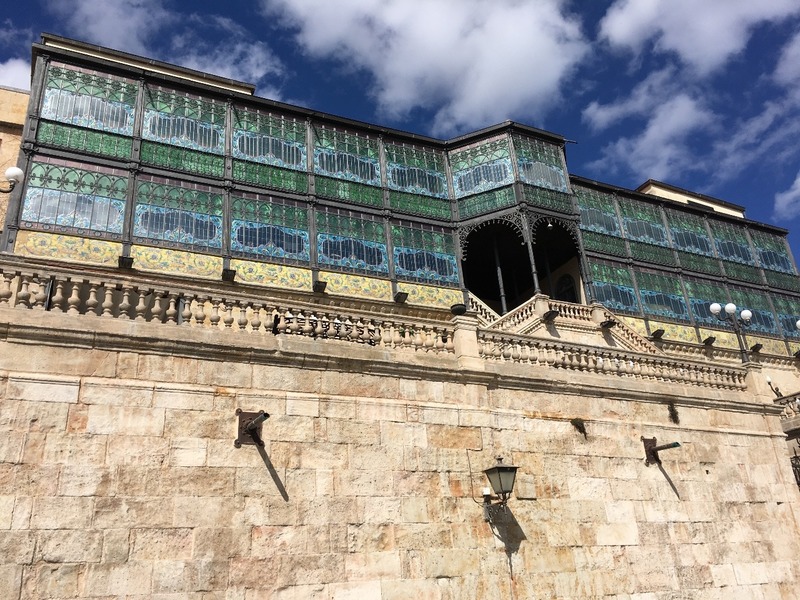 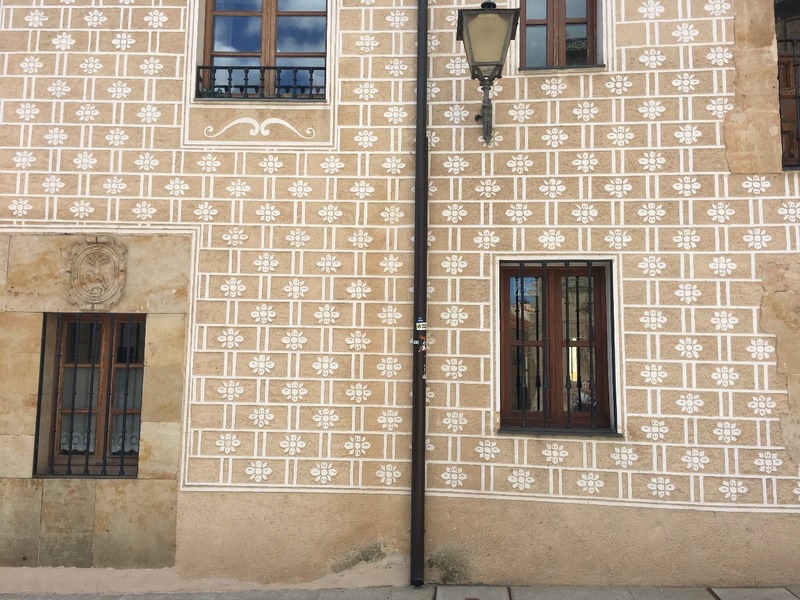 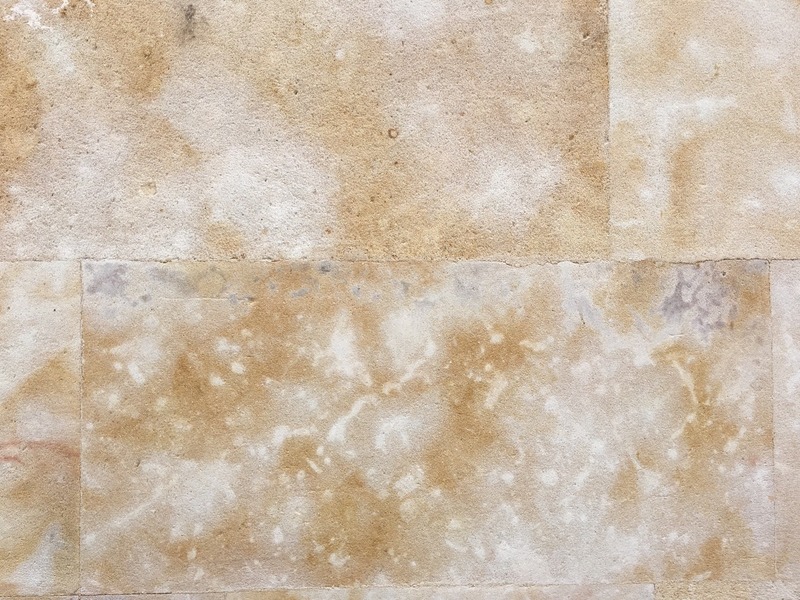 Close up of sandstone blocks 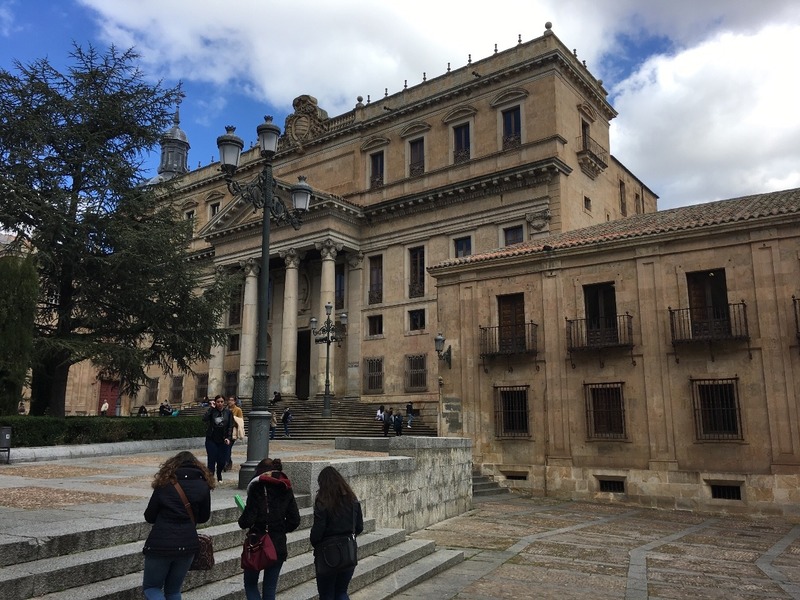 One of many lovely plazas 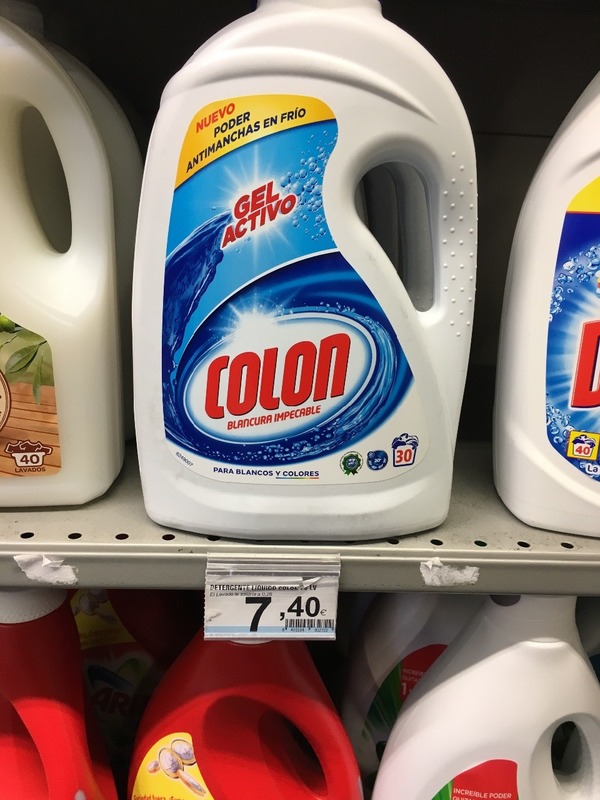 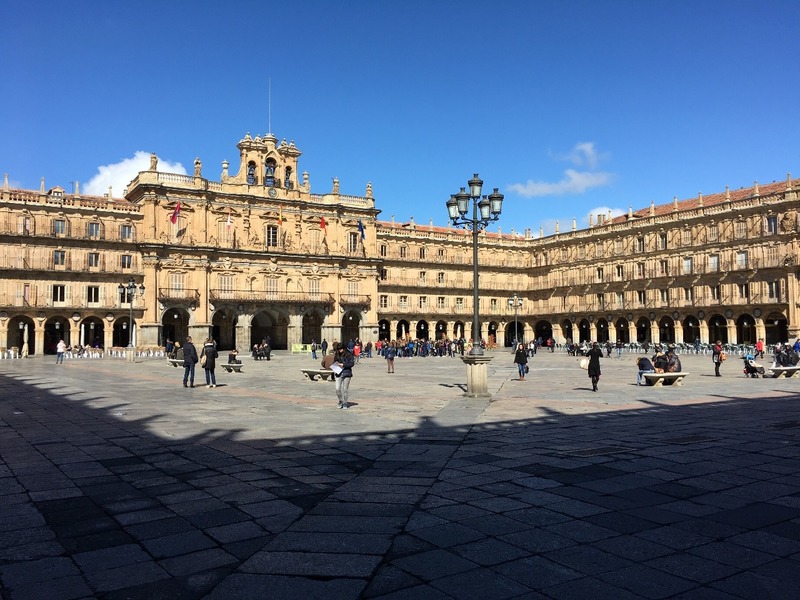 One of Spain's premier squares 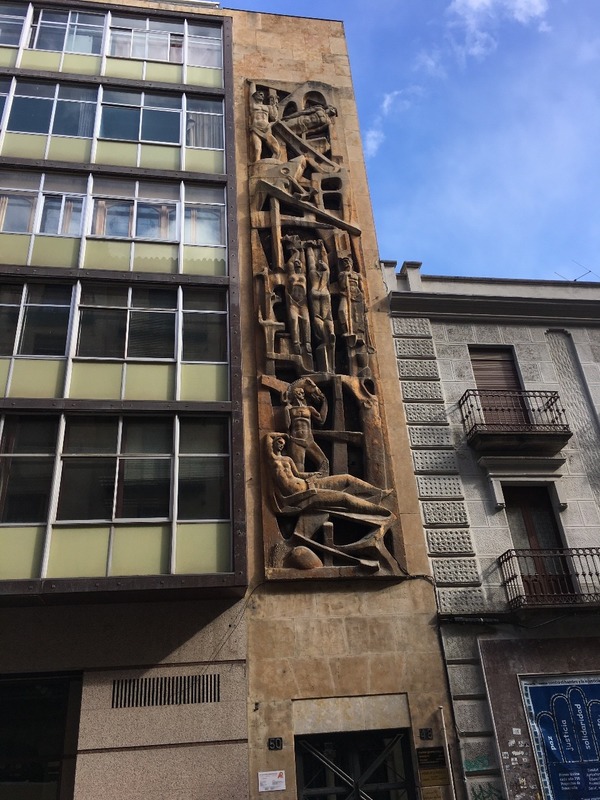 Posted by Jean-and-Tony 17:00 Archived in Spain

Previous Next Table of contents

This blog requires you to be a logged in member of Travellerspoint to place comments.

If you aren't a member of Travellerspoint yet, you can join for free.